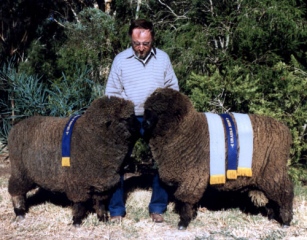 The “Bennett & Gregor” coloured sheep flock was established in 1973 at the Gregor family’s “Parana Park” property, Gregor Rd, Reeves Plains, on a sheep and cereal property which is situated 50 km north of Adelaide in South Australia. The flock of 700 sheep has since been carefully bred and selected to produce excellent sheep with premium quality, soft handspinning fleeces.

The flock’s development has been a family affair involving senior partners, the late Ralph & the late Phyllis Gregor, their son Neil, their daughter Nancy and her husband Allan Bennett, and grandsons Craeg and Anthony Bennett. 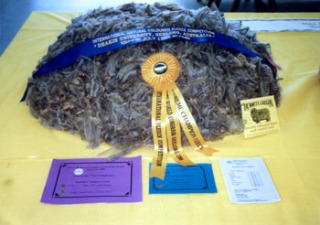 Some of Australia’s best coloured sheep have been bred by Bennett and Gregor. They are renowned for their large frames, excellent conformation, and heavy cutting, soft handling, uniform fleeces. 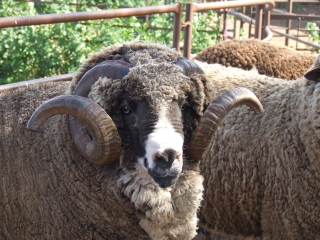 Coloured breeding stock have been exported to the U.S.A. as semen, to New Zealand, and to all states in Australia. During the Moorit boom of the 70’s and 80’s, ‘Parana Park’ genetically brown moorit sheep were in great demand.

Allan, Nancy & Neil are judges of coloured fleece and sheep in local, state, and national competitions and demand exceptionally high standards in the fleece and sheep which they produce. Bennett & Gregor fleeces have achieved success at national and international wool shows, winning ‘Most Successful Exhibitor’ awards many times in national competitions, and also gaining champion awards in Oregon and California USA, and prizes in the UK. 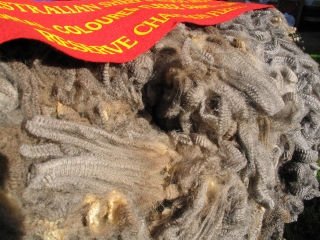 International recognition was also gained at the Fifth World Congress on Coloured Sheep held in Geelong, Victoria, Australia, in July 1999, when B&G fleeces won many prizes including the Supreme Champion Fleece Award.